Synopsis: iSK's latest model of home recording vocal booth, the RF-5, is listed and now available. The perforated rear panel gives an improvement in the mid-range acoustics compared to the RF-2 model. A stylish design also improves on the previous model, giving a r

The new RF-5 vocal booth can be mounted in the same two ways as the RF-2; either directly on top of a mic stand with a 5/8" thread, or mounted around a vertical mic stand pole using the brackets on the rear.

The rear metal panels are perforated on this new model, which from our initial experience is a positive in terms of the acoustic character, especially when recording vocals. It maintains its ability to filter reflected sound and shield from general noise, but offers an improvement in the filtering of mid frequencies actually allowing more initial vocal energy to pass through the unit itself, which aids in capturing a more accurate or ' true' recording from your mic.

We will be putting together some packages of home recording equipment including the RF-5 filter. The improved acoustic performance of the RF-5 means we will offering a greater range of packages featuring the top range of iSK mics including the TRM9 tube mic which is getting some great reviews at present.

We have managed to sell out of the increasingly popular BM-700 and BM-600 condensers, the usual mic of choice for our home recording packages. So we have bundled together a great value package with a mic currently in stock, the SM-66 vintage style condenser mic. I personally really like the sound of this mic, especially on my own male vocals. It perhaps doesn't look like it sits that great in the RF-5 due to its fix mount, but it actually had a much improved sound for recording inside the filter even at that height. 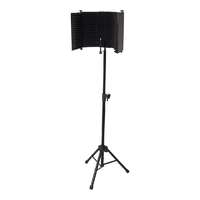 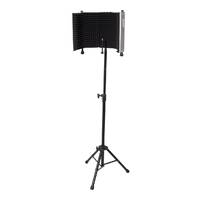