Zoom H2n Handy Recorder
The H2n Handy Recorder is the only portable recording device to come with five built-in microphones and four different recording modes: X/Y, Mid-Side, 2-channel surround and 4-channel surround. It also includes an automatic gain control and onboard MS decoding, plus effects like compression, limiting and low cut filtering. You can even use the H2n as a 2-input / 2-output audio interface and a multi-purpose USB microphone!

Using the H2n
With its multiple microphones and recording modes, the H2n can handle just about every kind of application. Here are just a few ways it can be used:

Five Microphones, Four Ways of Recording
The H2n offers not one, not two, but five built-in microphones. Two of them are arranged as an X/Y pair, while the other three are configured in an MS ("Mid-Side") pattern. They can be used separately for X/Y or MS stereo recording, or combined to create stunning 2- or 4-channel surround sound. The H2n is the only handheld recorder that captures four-channel surround sound audio. It is perfect for the creation of 360-degree “Spatial Audio" files

The Ins and Outs - external Mics, Headphone Output, in-built Speaker
The Mic/Line Input is a stereo ⅛" mini phone jack that can accept two mic- and/or line-level signals. Condenser microphones requiring Plug-In Power (2.5 volts) can be connected to this jack. Recordings can be monitored either via the stereo ⅛" phone jack with headphones, or by the built-in speaker on the back panel. The USB port provides a digital output of the stereo mix and allows data to be sent to and from your computer. It also allows the H1 to be used as a 2-in/2-out audio interface and USB microphone, as well as a microSD card reader.

Pre-Record, Auto-Record and Data Recovery
The H2n's Pre-record function automatically keeps the H2n silently but continuously recording in the background, all the time, keeping the previous two seconds* when you hit RECORD. Auto-Record allows the H2n to automatically start recording when a certain level of sound is detected. As soon as an incoming signal exceeds the Start Level you've set, recording begins. There's an equivalent Auto-record Stop function, too; as soon as incoming signal drops below the Stop Level you've set, recording ends. The H2n's Data Recovery feature automatically repairs corrupted files—something that can happen if power is interrupted during recording or if an SD card is removed during a writing or editing procedure.

Battery life and recording times
The H2n requires just 2 AA batteries—either alkaline or rechargeable NiMH. Battery life when using alkaline batteries is more than 20 hours, even during continuous recording. Alternatively, you can use an optional AD-17 AC adapter, which allows you to power the H2n from any standard wall socket. 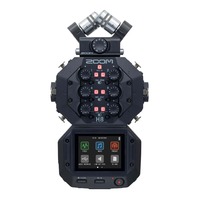 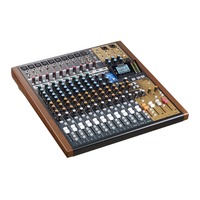