The Best 4 Instruments To Introduce Your Kids To Music


Synopsis: If you’ve been wanting an easy way to introduce your child to music, there’s no better time than the holiday season. Figuring out what gifts for kids to pick up this year means that you’ve got a great opportunity to introduce music to your family. The Best 4 Instruments To Introduce Your Kids To Music If you’ve been wanting an easy way to introduce your child to music, there’s no better time than the holiday season. Figuring out what gifts for kids to pick up this year means that you’ve got a great opportunity to introduce music to your family this holiday. But if you’re not a musical person, figuring out what instruments are best for your kids can be an intimidating task. In this article, we’ll share four great instrument options that can double as Christmas presents for kids this year. But first, let’s talk about why sharing music with your kids is so important.

Music is a hugely important gift to give to your child. Familiarity with a musical instrument delivers massive lifelong benefits to children whether they end up becoming world-famous musicians or just take up an instrument as a hobby for a short time. Research shows that learning an instrument does some surprising things for children like improving brain function, developing creative thinking, increasing coordination and boosting academic performance in areas not related to music.

Kids who learn a musical instrument also receive sizable benefits when it comes to learning how to make friends and socialize. Things like student rehearsals and band practices represent important social outlets for kids to learn how to work with their peers. Add in the fact that kids who learn how to play instruments gain an understanding that their favorite music comes from actual people and not computers and you begin to realize how important music exposure is in the life of a child. Some kids go on to become musicians who express themselves through music and others only play for a short time, but both groups get a great deal of good out of their experiences in music.

Now that we’ve covered some of the huge benefits learning an instrument can give to kids, let’s jump in and talk about the best introductory instrument options. There’s something for every age here whether you’re looking for gifts for kids aged ten and under or something more challenging for your teen. If a bunch of scientists got together and tried to create the absolute perfect musical instrument for young kids, they’d probably come up with something similar to the ukulele. The uke’s got it all when it comes to introducing your kids to music. It’s small, easy to hold and its strings can be pressed down with ease. Where an instrument like the trumpet or cello can take weeks or even months for a young child to make music with, it’s totally possible for kids as young as five to strum chords or pick through scales after just one lesson.

After movies like Moana, the ukulele’s popularity has skyrocketed in recent years. The word ukulele translates to “jumping flea” in Hawaiian, which is where the instrument was developed in the late 19th century. Portuguese immigrants brought small guitar-like instruments to the chain of islands and the ukulele was developed soon after.

The ukulele is a phenomenal instrument for young children, but they also make great Christmas gifts for kids in their teens. The portability and ease of play are two of the instrument’s biggest selling points, but they’re also a great gateway instrument for other stringed instruments like the guitar or bass. The term “keyboard” is a catch-all term in music. It covers everything from traditional pianos down to MIDI controllers that let kids create music with computers. Add to that list synthesizers which are now an integral part of popular music. There’s two huge reasons why keyboards are a great introductory instrument choice for kids. First, keyboards are relatively easy to play for students of almost any age. Its operation is simple: press down one key and you’ll get a sound. Press down multiple keys and you’ll get multiple sounds.

The second reason is that the keyboard doubles as an almost perfect visual representation of the rules that govern music theory. For the uninitiated, music theory is the system all musicians turn to to understand music. It represents the rules we adopt and memorize to help us understand why music sounds and functions the way it does. When music theory is taught in schools, the visual guides educators rely on are taken straight from the keyboard. This means that while many music students learn theory concepts first on a keyboard and again on their main instrument, keyboard players only have to learn it once. Most professional songwriters and composers have to learn the ins and outs of the keyboard at some point in their careers.

The keyboard has been around for a long, long time. The first mentions of keyboards in human history date back to pipe organs found in ancient Greece. Up until 1700, keyboards were used to operate instruments that lacked dynamic range and power, such as harpsichords, but that all changed with the invention of the piano. Keyboards as we know them today are modeled after the dynamically powerful piano instruments that were developed in Italy at the turn of the 18th century.

Keyboards are great instruments for both kids interested in learning how to read and play sheet music as well as those wanting to write songs and perform their favorite music. It should be noted here that while the ukulele can be played in a short time, the keyboard is tougher to master. If you go this route, prepare to look into professional lessons for your kids. Electric guitars have been a favorite instrument of kids for well over half a century now. Acoustic guitars consisting of hollow wooden bodies typically have thick strings that aren’t always easy to play, but the electric’s strings are thinner and easier to manage for kids. Kids like electric guitars because they can get loud and expressive with them. But like the piano, the chances of your child needing outside help to thrive on this instrument are pretty high, so make sure you look into hiring a trained instructor to help.

The guitar’s origins date back to instruments like the lute that were common in Spain during the 16th century. Over the years, the instrument underwent changes and improvements until the classical guitar was standardized in the 19th century. The birth of modern popular music and the guitar’s transition to electric happened almost simultaneously, and the riffs, solos and effects played on electric guitars have been shaping pop music now for nearly a century.

Electric guitars are great instruments for teens especially, but there’s a few things to consider. Unlike the acoustic guitar, the electric models need extra equipment to produce sounds. You’ll need an amplifier, at least one connecting cable and pedal effects like distortion and delay to give your child the full electric guitar experience. Another thing to remember is that the guitar is not as easy to pick up as the ukulele. Unlike an instrument like the piano, there’s actually some physical pain involved with learning the guitar, chiefly in the process of building up finger calluses. But if students can make it past the learning challenges and initial finger pain, they’ll have the gift of being able to play an amazing instrument for the rest of their lives. Our last instrument is reserved for the parents of kids who want to get really loud and expressive with their musical practice. Drums are probably the most natural instrument for your kids if their already banging on common household objects like pots and pans. Like the piano, the operation of the drums is straightforward and kid-friendly. But actually playing this instrument in rhythm takes a lot more skill and practice than you might think. Signing your child up with a drum instructor is a must if you choose the drums for your child.

Percussion instruments have been showing up in cultures around the world since, well, since there’s been people. But the idea of putting a bass drum together with a snare, hi-hat, toms and cymbals is something that doesn’t show up in music history until the early days of jazz and American popular music. Though lots of music is being made through computer-generated sounds today, the drums remain more popular and captivating than ever, especially in live performances.

Drums are great for kids, but they’re loud and can be incredibly expensive. Parents always have the option of starting their kids out with a snare pad in music lessons (these don’t generate nearly as much noise as actual snare drums do), or investing in electronic drum kits that can be played in relative silence. But the cost issue is something unavoidable for parents. Sure, you can probably buy a cheap set over the internet somewhere, but doing so won’t give your child the best chance at succeeding on their new instrument.

These are four great instrument options for kids, but it should be noted that no matter what direction you take, parental involvement is critical in the musical success of your child. The more you inspire and keep your children accountable, the better they’ll do in music. Good luck! 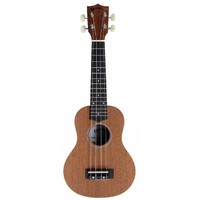 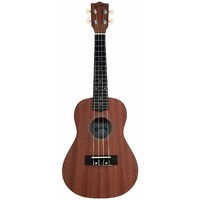