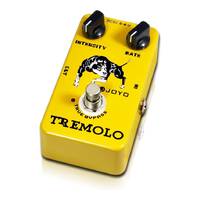 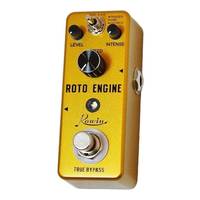 Out Of Stock Stock Due: late Feburary

With it's origins in vintage valve amps, the humble tremolo was one of the first "effects" that guitarists had available to them. Designed to emulate the vibrato of a vocalist or string player, the tremolo (often called vibrato on tweed and blackface amps) attenuated the volume down and back up again according to a preset speed and depth (how far the tremolo was dipping the signal). Though this may sound simple, there are many interesting parameters that can be manipulated to give character to the "on off" pattern. Modern tremolos offer different wave patterns that modulate the volume change, options include sine wave, square wave and saw-tooth. For a different but similar flavour, try a vibrato pedal. Both tremolos and vibratos pair well with reverb pedals.