By: Markus on 6 November 2020
I bought this a few years ago for the home karaoke/party set up and it has exceeded all expectations, especially considering the budget price. Produces clean sounds and the recording and mp3 playback capabilities, not to mention Bluetooth connectability, are great! My more expensive 2 channel Behringer with not even halve the features crapped out on me (might have been a power surge?) and as a quick replacement, I found this mixer on the Swamp website and figured at that price, if it only just does the job I'm happy. It is still running some 3 year later and as I mentioned before, is feature rich for the money you pay. I will have no hesitation purchasing another one were this to eventually fail.
5 (5)

By: Bryce on 21 November 2016
I bought this mixer as a starter as i am gust starting out in the world of professional audio. Because I am only starting out i have a tight budget the swamp m206 is at an affordable price. most other 6 Chanel mixers are about $400 but the m206 is only $200. Over all this is a hight quality mixer for only half the price of other mixers of this quality.
5 (5)

By: Anonymous on 21 November 2016
Purchased this unit for a home studio set up. Has all I need for recording into Garage Band and plenty of options for rehearsal. Takes inputs from guitar practice amp, metronome/click track, pc, mic's etc. The EQ is very versatile & 'warm'. It has great features that I thought I would have to pay more to get. Overall, this is a very nice unit & fits the application nicely at a very good price. Swamp have done well with these. Highly recommended.
5 (5)

By: Pascal BOULIGAND on 9 October 2015
i am very satisfied with my purchase. I am in france and the package arrived within no more than one week, sooner than expected.
5 (5)

By: Jeff Thompson on 27 December 2014
This is a fantastic unit. The on board recording facilities and intuitive design makes this easy to use. Great for podcasting. I highly recommend this product.
5 (5) 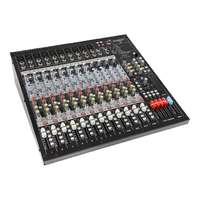 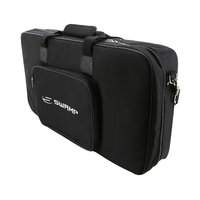