ARIA is a company that began a love affair with classical guitars, in 1956 in Japan. After beginning to import the first classial guitars into post-war Japan, Shiro Arai, the founder of ARIA, recognised an increasing demand for guitars from friends and players throughout Japan. The name, “ARIA”, which means expressive melody, was first used in 1958 when Arai exported his Japanese built classical guitars fitted with steel strings to South East Asia in 1963. Arai also released his first ARIA brand electric guitars in 1963, and began exporting into the USA. In 1975, ARIA Pro II was developed from Aria’s custom shop making high-end models for professional users.

Aria has been at the forefront of guitar and Japanese guitar building excellence for 60 years, which means a wealth of experience and acquired expertise. The core value remains the same today, to constantly strive to achieve a higher level of excellence, quality and value for musicians. 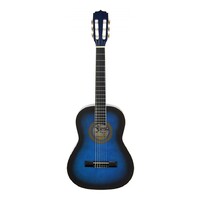