Synopsis: Ever wandered how to get that warm blues tone? Ever thought i have all these pedals why don't I sound like Clapton or Hendrix ? Well with our guide to Exploring the Differences Between Tube Amps and Solid State Amps you will be finding your desired tone i

Exploring the Differences Between Tube Amps and Solid State Amps

What makes a tube amp different from a solid state amp? Well, the technical answer is simple and straightforward: the former uses glass vacuum tubes to amplify a guitar's signal while the latter employs solid-state electronics like transistors and diodes. However, the real differences between the sounds of the two are more complex.

Guitar players love tube amps because the tubes provide that sought after tone known as "warm." This term is somewhat vague, though it usually describes tone with softer mids and highs mixed with a good bass response. Additionally, when cranked, the tubes become overdriven, giving the natural distortion that many solid state amps try in vain to replicate.

Here we'll take a look at the advantages and disadvantages of both tube amps and solid state amps, as well as discuss two other categories: hybrid amps and modeling amps.

Tube Amps cost more than solid state amps nearly anywhere you look, and also are more expensive to maintain. Tubes must be replaced relatively often, and these can become expensive depending on the type of tube and type of amp.

This doesn't sound like a problem, but it definitely can be. Tube amps need to be turned up to achieve the optimal "sound" of the tube, and in practice situations or small clubs, this can be a detriment to your group's overall sound (not to mention your ears).

What's the opposite of "warm" tone? Cold tone of course, though that term is just as vague. Solid state amps can sound sterile compared to the fat and unique tube sound

This one depends on the amp to a certain extent, but no solid state amp can fully replicate an overdriven tube amp, though technology is getting closer. Read on.

In the past few years, modeling amps have become a great alternative to tube amps, and the technology used in these amps is improving exponentially. Using solid state components, modeling amps recreate the sound of specific tube amps. Want to sound like you're playing through a Vox AC30? Dial it in. How about a Marshall JCM 800 or a Fender Twin Reverb? They're probably available too, and as technology improves, modeling amps sound more and more like the originals they recreate.

Finally, hybrid amps have also been around for a while. These amps have tubes to shape the tone, while the actual amplification is still powered by solid state electronics. 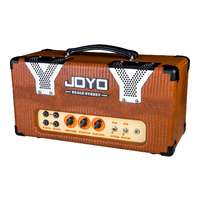 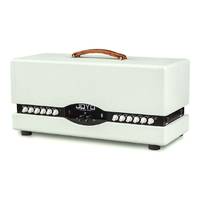