Why Looper Pedals Are Essential For Every Guitarist


Synopsis: Looper pedals are devices that record parts of your performance and play them back for as long as you want them to. Most looping pedals now have the ability to record multiple layers on top of each other and some even give guitarists the option to add in If you’ve been playing guitar for a while, you most likely know the fundamentals. Chord transitions, improvisation, how to play in time rhythm. This knowledge is massively important and has been the bedrock for not just rock music but virtually all genres of music over the past 100 years. But in a rapidly evolving world, guitar music is undergoing a perpetual transformation ushered in by technology. And while it might be tempting to see this transformation as something new, it’s really not. New tools working in tandem with old ones like looping pedals are making old guitar tricks sound new every day in music. Today, we’re talking about what looper pedals are, how you can use them and why every guitarist should have one. Let’s dive in: What the heck is a looper pedal, anyway?

Looper pedals are devices that record parts of your performance and play them back for as long as you want them to. The technology behind these devices is surprisingly simple but can give all musicians, not just guitarists, the ability to incorporate new sounds and textures into their playing that couldn’t be performed otherwise. The idea of recording a musical idea and having it played back isn’t all that revolutionary until you consider that wide variety of effects and layers that can be added by using looping. Most looping pedals now have the ability to record multiple layers on top of each other and some even give guitarists the option to add in sophisticated delay and reverse effects. Why should you own a looper pedal? Pardon my cheesiness here, but because with a looper, you’ll be able to create soundscapes that sound like they’re from another world. Looping technology can help bring basic guitar material into brave new sonic territories. A brief backstory behind looping pedals

To help show you the implications of this incredible technology, let’s take a look at its history. Most guitarists are more or less familiar with looping pedals, but before 1972, the idea of recording a musical idea and converting it into a repeating predictable loop was revolutionary. Frippertronics––the idea of taping and looping ambient sounds––was invented by pioneering musicians Robert Fripp and Brian Eno in the early seventies. While working together in a London recording studio, Fripp and Eno’s tape recording experimentations resulted in the first sound looping, a technology that would eventually solidify, spread and shrink down into and make its way into modern guitar pedals. What started as a tool to explore experimental music has since been incorporated into every style of music from jazz to rock to R&B. Musical technology, like the looper pedal might appear to be at odds with the guitar’s roots, but in truth, technology has been shaping and propelling music made on this instrument from the very beginning. Google a modern guitar and then one of the ancient harps and tanburs they’re modeled after and you’ll see how. Over the course of centuries, instrument makers and craftsmen implemented changes to give us the instrument we all know and love today. Technological advances made the guitar easier to play and hold, improved its sound and projection and helped the instrument to remain strong and durable over time.

During the 20th century, the guitar underwent massive changes including the ability to be made electric and amplified and a new incorporation of sound effects pedals like distortion, delay and flanger. Some guitar traditionalists say that things like looping pedals take away from the artistry of the instrument, but if you look at the guitar’s long history, technology has been helping shape, invent and renew its sound since the very beginning.

How to use looper pedals

Talking about how guitarists can use looper pedals is sort of like discussing the various ways an egg can be cooked. The way an avant garde guitarist uses this pedal is going to inevitably look completely different from the way a rock guitarist does. Rather than breaking down each and every option, we’re narrowing it down to a few basics to help show you just what this incredible piece of technology is capable of.

At its most basic functionality, looping pedals do exactly what their names indicate. Play a melody or riff while pressing down the pedal, and that musical idea will then play right back at you for all eternity if you want it to. Straight forward looping with no effects like delay are great for more conventional styles of playing––rock and blues, for example. This function gives you the option to play different music along with ideas you’ve previously looped or to thicken up that same original idea by playing in sync with it.

This option is great for bands that feature only one guitarist. By looping chords and rhythmic strumming, you’ll be able to fill out entire sections of music on your own. For example, if you play in a blues outfit, you can take the first section of the song to present and record a chord progression before moving on to record riffs and solos over the looped chords later. However, a note of caution here: if there’s any rhythmic issues in your playing, the looping pedal is sure to bring them out in disastrous ways. The only way to make clean musical ideas without effects like delay and reverb work through a looping pedal is to be as accurate with the rhythm as possible. If your strumming is off beat, all the looped material that follows will be as well.

This is where things get interesting. Shoegaze guitarists, I’m looking at you. Most looping pedals now come with the ability to record multiple loops and play them all back at the same time. By throwing in other effects like delay, flanger, distortion and compression, guitarists have a universe of sounds and textures at their fingertips with looping pedals. Overdubbing takes simple guitar material and stretches it to the point where the looped material often doesn’t sound like it’s being generated from a guitar anymore. Rather than a songwriter’s challenge of deciding what to play, the challenge for guitarists using this technology is choosing what not to play because so many sound options are possible.

The looper pedal is an essential tool for any guitarist, or really any musician that has an instrument with a Hi-Z output. There are few tools that are both as simple and incredibly versatile as looper pedals. Whether you mainly compose music from your bedroom or tour professionally, these pedals give you access to sounds you’d never be able to conjure another way, from thickening up killer solos to taking listeners to new territories with strange, ambient soundscapes. In addition to being simple, easy to use and hugely transformative when it comes to sounds, looper pedals are actually pretty cheap. On the low end, ones can be found for around $30. Nice models with enhanced features typically go for less than $300. 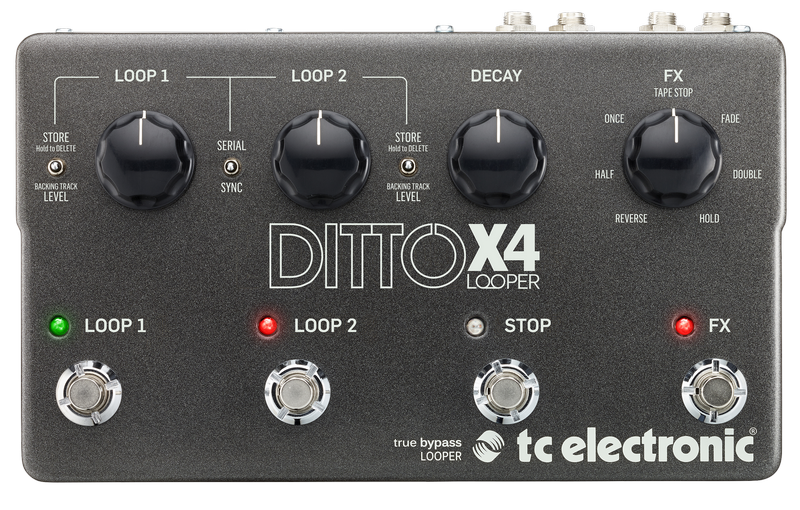 Like we mentioned before, some guitarists avoid effects pedals like the looper. While looping and other effects can never replace technical skills that can only be developed with hard work, practice and natural musical intuition, it can take a guitarist’s sound to dizzying new heights. Pedals are nothing more than tools to develop and explore the music that’s already inside you now. Looping pedals give guitarists more options for places to take their sound, and when it comes to music, that’s never a bad thing.

Another reason to include a looper on your board, albeit a less glamorous one, is that loopers are an excellent practice tool. For example, if you’re a jazz guitarist practicing improvisation, you could quickly record a unique backing track with the chords you’re practicing to solo over at the drop of a hat. Perhaps you’re a singer-songwriter and you can’t quite play and sing a new composition at the same time, you could use a looper to get the guitar down first until you have the vocal up to speed, or vice versa. Timing is the most crucial aspect of smart looper playing, especially if you’re not playing ambient music. Nailing down entrances, exits and coordination between your hands and pedaling foot is key. If something’s off in a big way, you’ll have a musical trainwreck on your hands before long!

Having a plan for the music you’re looping is also extremely important. Since looping plays back material with absolute precision, knowing what you want to play and when is key. If you approach looping with uncertainty, the sound will reflect it in a negative way. In some ways this makes looped guitar playing even harder than normal playing, so make sure to practice before bringing this pedal to the stage.

Know when to bail. Between droning sounds feeding back and distorting to musical disasters spurred on by clashing chords and messy rhythms, looper playing can bring immense benefits and some sizable risks. If something goes wrong, especially on stage, you’ll need to know when to turn the pedal off. This means working long beforehand to know your pedal and test playing on it.

Don’t throw everything into the mix even though you can. This pedal gives you an incredible array of sound options to work with. They’re not all worth exploring. Take time to figure out how this pedal best serves your style long before recording or performing with it. 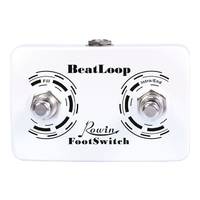 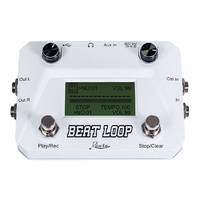