Synopsis: Even the most sheltered of musicians will no doubt one day encounter a DI box. These small boxes often found littered around stages allow for instruments such as guitars and keyboards to be plugged into XLR microphone inputs on mixing consoles.

If you’ve ever spent much time around a concert stage or recording studio, there’s a good chance you’ve found yourself avoiding (if not tripping over) small metal boxes littered throughout the floor. But what are these little contraptions with cables snaking from them in all directions—and more importantly, what do they do?

Most likely, you’ve been noticing direct input boxes–or, as they are more commonly known, DI boxes. In the simplest terms, a DI box is a converter. With an input for a ¼” cable coming from an instrument (guitar, keyboard or synthesizer, for example) and a XLR output, designed to use a microphone cable which will carry the instrument’s signal and make it compatible to plug into a mixing console. Live musicians use this when they need to have their instruments projected through a PA system, and DI boxes are also used in studio sessions when instruments need to be connected directly to the recording console.

What the DI box is actually doing is taking the strong, unbalanced instrument signal (Hi-Z) and converting it into a balanced microphone level (low-Z) signal to feed into a mixer, which usually requires balanced mic level XLR connections. This eliminates interference, impedance mis-matches and connector compatibility problems that could be encountered if you connected an instrument directly into the mixing console.

Electric guitar players using an amplifier can also use a DI box to plug their rig into the house speakers, but the process is a little more complex than it is for just plugging an instrument directly into the box—particularly if you are using a tube amp. Whether using a combo amp or a head with a speaker cabinet, the DI box will take its input from the power amp output (the output is usually connected to the speaker). While the XLR output will carry the amp’s signal to the PA, you must also connect the “link” or “through” output (available on most DI boxes) to the speaker of your amp. This last step is very important—failure to do so can result in blowing your amp’s transformer. But as long as you follow these guidelines, you can have a direct injection of your amp’s tone directly into the house speakers (or, recording console, if you’re recording instead of performing in a live setting).

There are two main types of DI boxes: passive and active. Passive DI boxes require no power source, whereas active boxes require a power source (batteries, AC power or phantom power) and include an electronic circuit which aides in converting the unbalanced signal to balanced through more complex methods. While active boxes essentially act as a preamp, which has the perk of providing added gain to weak sound signals, passive boxes simply act as a transformer, which isolates the signal and eliminates 60-cycle hum from ground loops—something active boxes will not do. The best choice between the two types is completely dependant on your system needs. Additionally, many DI boxes will have additional features such as Pad or Ground Lift switches. A Pad switch is used to reduce the sensitivity of the box, which will prevent it from overloading if a very strong instrument signal is used as the input. A ground lift switch is used to eliminate hum and hiss caused by ground loops, which are created in a chain where multiple grounds are created.

All of this is to say, those little boxes aren’t just there to make your experience walking around a stage more like an obstacle course, they are there to easily connect your instrument to a mixing or recording console—and to make those instruments sound better along the way. 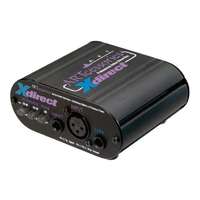 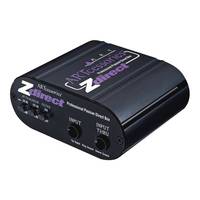 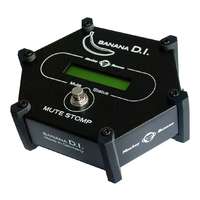 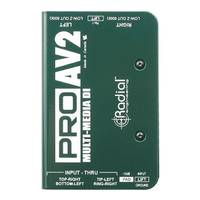