Synopsis: Learn about the different types of microphones including condenser, dynamic, tube, USB, Ribbon and what applications they are commonly used for. Buying a mic for live stage use, can be different to buying a mic for a studio.

With literally thousands of models of microphones available, choosing the best mic for your particular application can seem a little overwhelming. But with a little knowledge about the different types of mics available, the daunting task will seem much more manageable. Listed below are the four main types of microphones, as well as how each are often used.

The most widely used microphone, particularly in live settings, dynamic mics are relatively inexpensive and extremely durable. They are best suited for recording voice / vocals or other audio sources when placed less than a few inches away from the microphone such as on a guitar amp or drum. Dynamic mics do not require 'phantom power' and are generally uni-directional (cardioid), meaning they pick up sounds from directly in front of the mic. Below is a breakdown of the most common uses for dynamic mics:

Condenser microphones are more widely used in studios and home recording, as they are far more sensitive than dynamic mics and pick up sounds from far greater area. Condenser mics also have a wider frequency response, producing a more "accurate" recording of the sound source. They are a much better option for recording in a silent environment like a studio.

With the recent rise in home computer recording, whether it is music or voices for a podcast, it only makes sense that microphones would need to plug directly into a computer. This allows home recorders to forego having to buy expensive mixers and/or preamps and also saves space. Though it should be noted that most USB condenser mics do not feature a headphone output allow direct monitoring of your signal with headphones. For this reason when recording singing and broadcast audio a proper condenser microphone can be a better option. That said USB microphones have their place as a convenient and practical solution to peoples general audio recording needs.

Originally popular in the mid-20th Century, tube microphones contain a vacuum tube inside to boost their signal. These were soon replaced by microphones containing transistors to provide the signal boost, but today's sound engineers often return to tube mics for the warm and rich tone they provide, particularly for vocals. Tube microphones generally come with a 7-pin XLR output and connect to their own power supply unit, often with selectable pick up patterns.

While there are many common microphones available that are great for capturing sound in the stage and studio environment, many are not portable or directional (reject unwanted noise) enough for practical Camera and AV use. For this reason, we've introduced a new category of Video Microphones. Video microphones incorporate many useful features not found on traditional microphones. These include camera and tripod mount-ability, heavy-duty wind shields, highly directional polar pickup patterns and USB and 3.5mm connectivity. 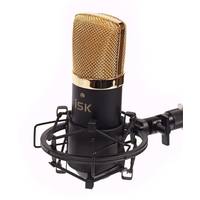 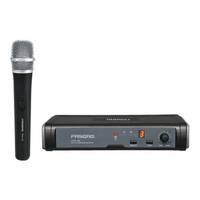 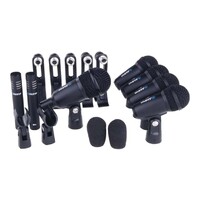