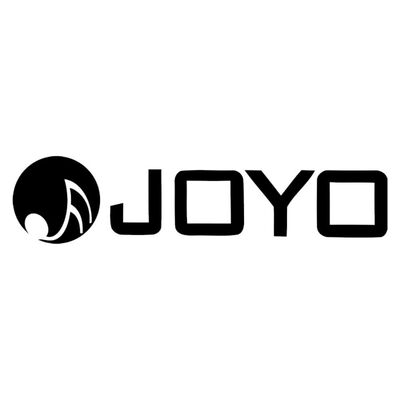 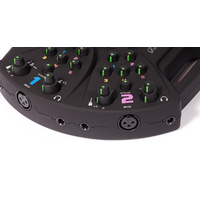 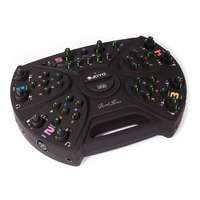 Want to play music? No rehearsal room? Don't worry... ROCKHOUSE is always open! This silent jam station lets you jam with the band wherever you want. Your bedroom or garage, your classroom or living room--anywhere can be your new practice space!

JOYO Rockhouse Jam Station - The Silent Rehearsal Studio!
Want to play music? No rehearsal room? Don't worry... ROCKHOUSE is always open! This silent jam station lets you jam with the band wherever you want. Your bedroom or garage, your classroom or living room--anywhere can be your new practice space! Call the band and get your jam on without disturbing the peace. Get those new songs down and get the band playing tight... with Rockhouse!

Up to 10 Channels of Jammage
The Rockhouse consists of 5 stations, each station accepting both a mic input (XLR) and a stereo line input (1/4" TRS) simultaneously, with a dual trim/gain to control them separately. Press the +48v button located in panel 5 to supply Phantom Power to all mic inputs, so you can use them with condenser microphones. The lines inputs are stereo, meaning a mono plug (e.g. guitar) will only send signal to the left channel of each bus. Overcome this with a simple mono to stereo adapter.

5 Way Headphone Matrix
Each station's signal is sent to all other stations. All 5 stations have a mix panel with volume knobs marked 1-5. Once headphones are plugged in to a station, use the knobs marked 1-5 to control the amount of signal received from each of the stations into the headphones. For example, turn up volume knob 1 to hear more of the person plugged into station 1.

USB Recording
As if it wasn't already good enough, the Rockhouse features a USB Input/Output, meaning the device can function perfectly as a USB Audio Interface so you can record your jams direct to computer. The USB output signal runs directly from station 5's output, taking whatever mix is on that station directly the computer for recording. The A/D card can output at 16-bit 44.1kHz, or at 16-bit 48kHz. The unit can also receive a return signal from the computer, allowing you to hear back a recording you just did through station 5.

1/5 Monitor Switch
When recording, you can either use all 5 stations, with person 5 listening to the recorded mix, or you can use only stations 1-4 with station 5 being a dedicated recording mix. In the latter scenario, a 1/5 monitor switch located on panel 5 will send the station 5 mix (recording) to the station 1 headphones, allowing person 1 to hear either their custom mix or monitor the recording mix.

Stage Panning
A stage knob located on each station allows that instrument/mic station to be panned left or right in all headphone mixes. This allows the group to create a stereophonic image of a stage to make it easier to pick out certain musicians in the mix. For example, pan main vocals and guitar centre, pan bass and backup vocals slightly right, and rhythm guitar slightly left to separate the instruments in the headphones and avoid hearing a "wall of sound".

MoniMixer Remote Control
The MoniMixer acts as a remote control channel, giving a drummer complete control of their own headphone mix, adjusting each individual band member's volume without getting up from their kit. So they can continue rocking out at what ever volume they desire.

By: James on 27 October 2016
This compact contraption is beyond everything i could ever dream. You can control and customise each members output levels to your headphones. Turn down that guitarist who's leads neeeed to be louder and turn up the bass player who slowly turns themselves down every song depending if they actually remember what to play. There are five seperate channels available, each of which can also have a microphone input as well. 10 pretty pony's all dancing in my ear drums. Except the drummer, drummers should never get a microphone. Everyone can have headphones so can customise their own mix. With only four members in my group we have our click track as the input for the 5th channel and the output from this channel goes into the laptop for recordings. Produces quality real time jam recordings so you can easily listen back to the vocalist singing out of key and point out when they forgot those lyrics to the song. Works great for a jam room, on stage or when you're in your parents lounge room using your dads snoring as a click track. BOOM! Con: if you use a guitar lead directly in you'll only have mono sound. Pro: buy a stereo cable from the SWAMP monsters and you'll have sound penetrating both your earholes
5 (5) 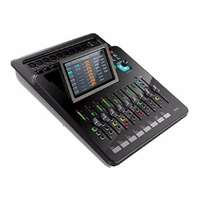 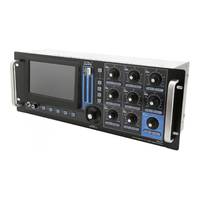 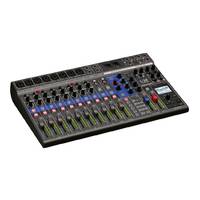