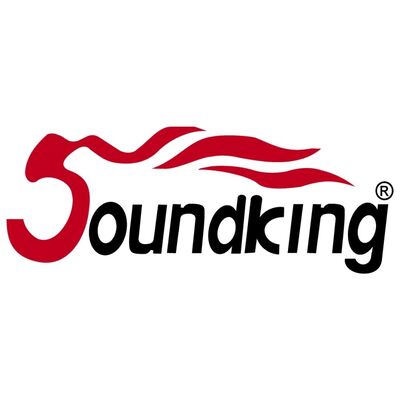 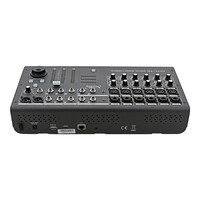 Built-In WiFi Router
The DM16 has a reliable built-in WiFi router meaning there is no need to use or install an external router. Any device which has a web browser, (e.g. smartphones, iPads and tablets, or MAC / PC computers) can connect to the mixer control software via the mixer's WiFi hotspot.. Using the Ethernet port and cat5e cable, it is also possible to connect the DM16 to an external router and WiFi network.  This allows users connected to the external router's WiFi, to be install able to access the control software by simply entering a static IP address into a web browser. Ideal for installations at clubs, bars and venues as anyone connected to the WiFi at the premises can use a smart device or computer to control the mixer. Allowing for musicians to use their own device for mixing on stage, and giving staff the ability to control the software using their own device, all at the same time, from anywhere within the venue. It can connect up to 10 devices simultaneously. This allows for band members to control their IEM mixes individually, and mix for Front of House as well. With 4 Aux outputs, you can have 4 different monitor sends going to foldback wedges, and each member of the band can control their mix. Ethernet is provided to hardwire a connection to a MAC or PC computer for mixing.

Input Channel Compressor, Parametric EQ, Gate
The dynamic stage of the DM16 features a Parametric EQ, Noise Gate and Compressor. The 4-band parametric EQ is on each input and bus channel allowing for perfect equalisation that can be saved and shared between channels. The noise gate and compressor are designed for live performance are fully featured to industry standard.

Save Scenes for Future Recall
Similar to its CADAC digital mixer counterparts, the DM16 also is equipped with scene memory capability.  This allows all settings of the DM16 to be saved and recalled for future use. You can save scenes to a USB and transfer to a different DM16. Having this function saves hours of sound checking and gives you the ability to have consistent sound without the need of qualified sound engineer for every show.

DM / DB Series Created through Cooperation between Soundking and CADAC
This series of digital mixers is the result of many years of R&D by Soundking. They have combined their experience with audio signal processing and manufacturing, with the knowledge and proprietary technology from an partner and industry pioneer CADAC. The result is a series of digital consoles with all the features and high quality signal processing expected of the modern digital mixer, delivered at a price point that offers unrivaled value.